You are here: Home / Society / Feminism / The Subtle Difference Between A Feminist And A Feminazi? 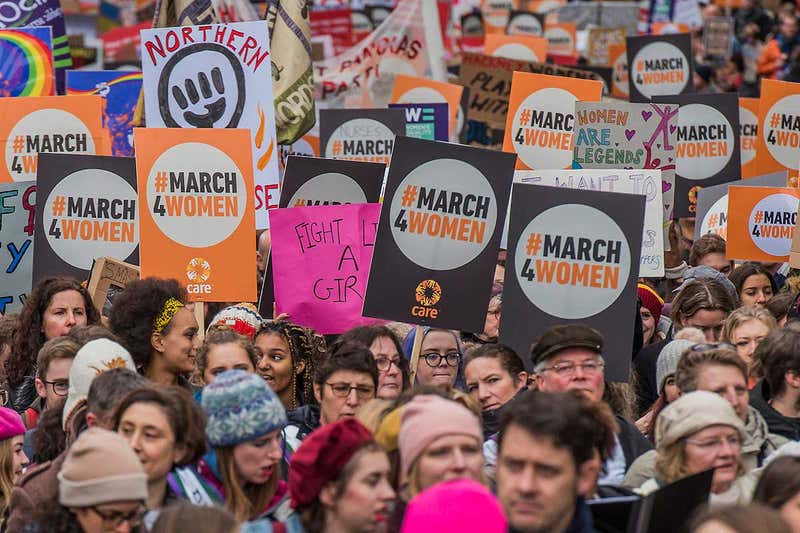 Feminism is a broad social movement which aims to set the balance for how men and women interact with each other in a social setting with broad range of relationships ranging from marriage to business and beyond. While the balance between men and women has been skewed in favour of men since times immemorial, the term feminism was first coined in 1872 by Charles Fourier. While the idea has always been there, it acquired an identity and came to be quoted in public in greater frequency with greater force.

While different people have defined feminism differently, the broad theme was that of reducing to naught the various disadvantages that women faced in different walks of life. These challenges are broadly attributed to the evolution of societies from predominantly agriculture based to the industrial age. The needs of an agrarian society placed more emphasis on the capacity to do physical labour and men being at an advantage due to greater muscle mass meant that they also tended to hold and protect power in various ways.

Feminism started off with the most basic requirement of the ‘right to vote’ for women. This happened between the 19th and early 20th centuries. This was followed by the movement for legal and social equality for women in terms of right to inheritance, which happened in the latter half of the 20th century. This was followed by the third movement for individuality towards the end of the 20th century. The fourth and last wave started in the beginning of the 21st century and was characterised by women fighting for equality at the workplace and a strong emphasis on sexual harassment at the workplace. The last movement has led to the ouster of the CEO of Uber and Harvey Weinstein. It has had such a profound effect on women across the globe that the removal of any high-profile person due to allegations of sexual misdemeanour is now called the ‘Weinstein effect’.

There has been a parallel trend movement alongside feminism which is often confused with feminism called feminazi movement. This is a novel but oft misunderstood term which is hotly debated by both feminists and counter movements. Let us look at a basic line of thought as below in a metaphorical way.

While feminism is more about setting the balance right in the relationship between men and women of the world, feminazi tries to push the balance in the opposite direction to a world where women not only dominate men, but also control their fate to the point of not needing them beyond the basic ones related to biology such as procreation. This is an extreme stance but has its own fringe movements though not as popular as feminism.

The word is out on where both of these movements would lead, but it is without doubt that women live a far more equitable life due to the last 150 years of feminist movement in all parts of the world.